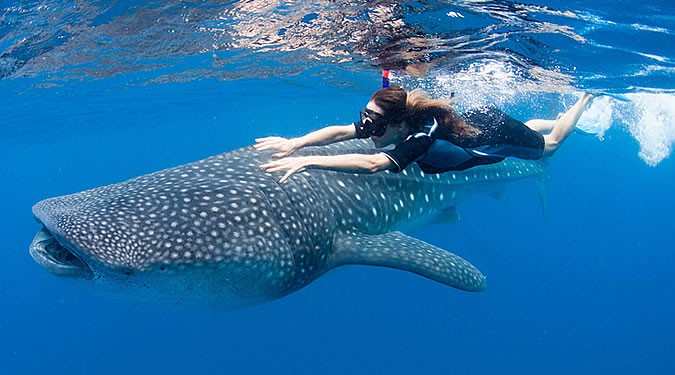 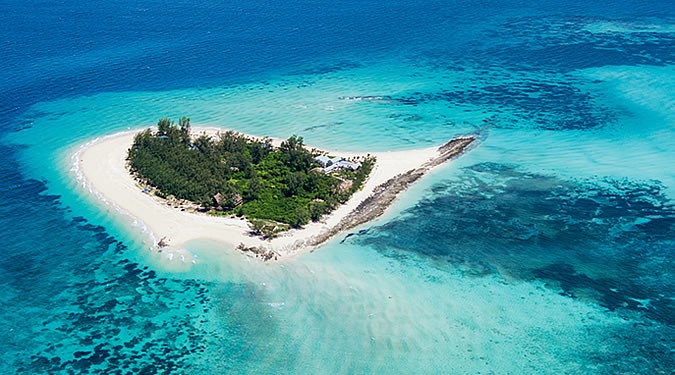 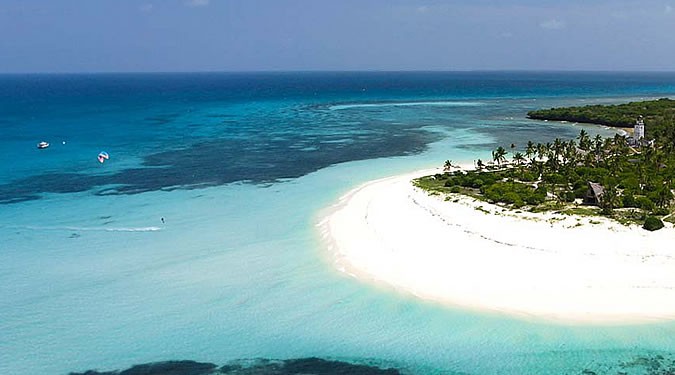 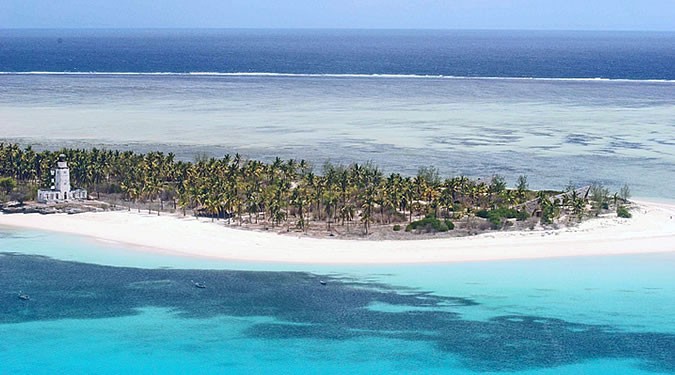 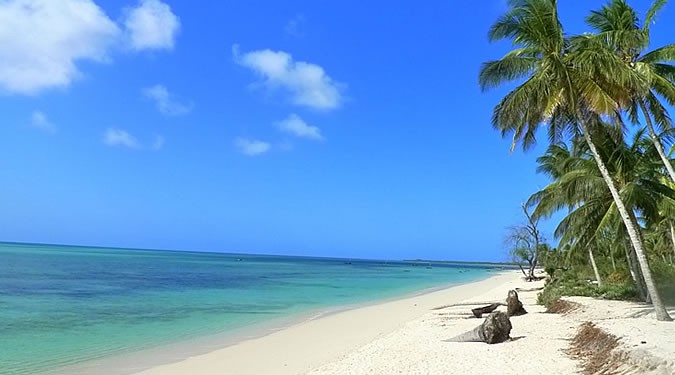 The Mafia Archipelago Marine Park supported by the World Wide Fund for Nature, forms part of the coral reef protecting the coast of Tanzania. It is situated about 130 km south of Dar-es-Salaam and about 25 km from the mainland.

Less than a thousand tourists a year visit Mafia island, off Tanzania, which has ruins dating back to the 11th century!
Comprised of a number of islands and uninhabited coral atolls, Mafia is a spectacularly diverse natural environment. It offers a unique mix of Africa within a tropical setting. Large palm groves, mango & cashew trees dominate the island while impressive baobab trees are dotted amongst typical African savannah grassland. Monkeys, small antelopes, wild pigs, lemurs and dwarf hippos run wild while falcons, fish eagles, Comoro bats 'flying foxes' and giant turtles have also made it their breeding ground.
Mafia is little changed from ancient times. It retains a traditional, unspoilt non-commercialised friendly culture, where local people go about their business as artisans, farmers, fishermen and sailors.
History
As with all the islands that fringe the East Coast of Africa, Mafia's history is deeply rooted within the empires of the ancient. Creeper-clad ruins inhabit the forest on the tiny offshore island of Chole Mjini, once one of the most important trading towns onAfrica's East Coast. For centuries, silver from the mines of Zimbabwe was the highest quality in the world and from Mafia, huge dhows sailed the monsoon winds across the Indian Ocean delivering this silver for the smelting of the finest swords throughout the Indian and Ottoman empires. There is no doubt that the Islands along this stretch of the East African coastline will give you a taste of life when the world was still 'flat' and men dreamt of high sea adventure, exploration and discovery.
Mafia Island Fishing
The fishing grounds include Mafia Island, Songo Songo islands, the deep sea crescent east of Mafia, Nyuni and Njovi Islands, and in the channels from the Rufiji Delta south to Lindi. These are thought to be the best game fishing grounds in East Africa, with catches of Sailfish, blue, black and striped marlin, barracuda, wahoo, kingfish, giant trevalley, yellowfin and dog-tooth tuna, dorado, five-fingered jack and rainbow runner, red snapper, rock cod.
Light and heavy tackle and fly fishing are offered. The deep sea crescent off Mafia and the Songo Songo Archipelago is potentially one of the most exciting game fishing areas in the world, with expanses of virtually unfished waters that offer a keen challenge to sport fishermen.
In 1950 the author Conan Doyle set an all-Africa record for dorado of 34.2 kg that still stands. We believe that Mafia offers many more records but the facilities have not existed before to facilitate the serious fisherman. The main fishing season is from August to March, but fishing for reef species is good all year round along the reefs and channels. July to November is the main tuna season with large yellowfin, dog-toothed tuna and bonito; we also expect kingfish, wahoo, trevalley, cobia, rainbow runner and sharks.
From December to March the billfish run, and this is when Mafia is best for sailfish.
Mafia Island Diving
Whilst Mafia's topside is fascinating let's not forget other reasons why you would want to visit this island. The Marine Parkreefs offer a range of corals and fish like no other in the Indian Ocean. There are over 400 species of fish in the park with an unparalleled variety of hard and soft corals with fabulous dive sites offering shallow reefs of immense beauty and richness. Channels, walls and caves, wrecks, drift and night dives await and there are still years of exploration to do!
Almost all Mafia's best diving is at depths of less than 30m so it is a sport diver's paradise. Large predatory fish and turtles are common and surprisingly unaffected by approaching divers.
400 species of fish so far identified; many more still await determination. Expect to see shoaling and solitary fish giant clams, seafans, large groupers, wrasse and turtles (especially the hawksbill)
Sharks, guitarfish, turtles and basket sponges also feature and there are many large pelagics here, including sailfish, very large tuna and dolphins.  Last but not least, it is possible to swim with whale sharks, one of the most exciting encounters sea lovers can dream.
Whale Sharks
One of the most exciting encounters sea lovers can dream of. A short trip by car will take you to Kilindoni harbour, buzzing with daily activities in a kaleidoscope of colours. In support of local fishermen, involved in a project for protection of whale sharks, guests will use their local boats and skills to spot the gentle giants quietly feeding on plankton a few hundred meters from the shore.
In spite nobody can assure that they will be seen, in the period between October and March the chances are extremely high and the hotel gets in touch early in the morning with local guides that spot them and signal their position. Swimming with whale sharks, the largest fish on the planet, requires no special skills but even looking at these beautiful creatures from the boat is an unforgettable experience.
Book your Yacht Charter Holiday to Mafia Archipelago Marine Park now.